Adding randomness to your game through code using Unity 3d

May 14, 2017
There are several different ways to add randomness through code. I'm going to mostly talk about the built in random number generators and examples of where to use them. But first I will touch on why it is also important to understand the statistics of a random number generator.
*I'm going to reuse the word number when describing randomness, however what the number represents can be anything. Such as a random color(RGBA hex code) or choosing a random texture from an array.*

Randomness can be used in several ways. Two of the most common are below.
Example 1. Where any number is used regardless of the previous.

Example: When using 1-10 at ten iterations any number is used. So there can be three 1's, four 2's, zero 3's,... This is achieved simply using Unity's Random.Range() or System.Random.Next().

Example 2. Where each number is used once or before a re-occurrence of that number is used again.
Example: When using 1-10 at ten iterations each number occurs. So there is only one 1, one 2, one 3,... This is achieved through extra code in Unity and one example is shown below.

Example 2 has an equal opportunity to display a number within that data set, the random part is when each number appears within those iterations. Example 1 is much more, well, random. Both of these have positives and negatives and when/how you use them is up to you! Below are some examples of where both can be helpful.

Real use case:
Below is a slightly modified code excerpt from my smash hit (not really) Galaxy Shooter where I use both examples.


Weighted randomness is the next frontier and a non-coding way to do this using the code above would be to add several of the same prefab enemys to the list so they show up more than others. Coding weighted randomness is a bit more complex so I'll cover it in detail in the future. Thanks for reading!

Popular posts from this blog

How to create slowly revealed text in a Unity 3d game 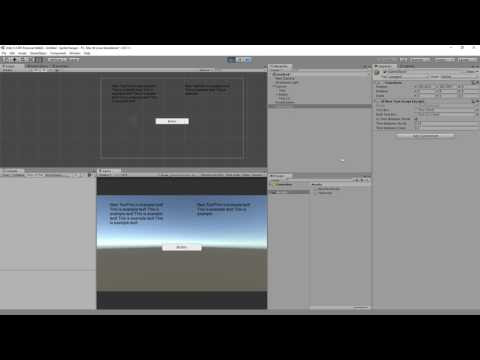 I'm sure you have seen games that have text slowly appear on screen. This tutorial will show you how to achieve that look in your game. This will be done using the C# language and using a Coroutine . Here is what you are going to learn to create: Depending on how you want to display the text you can do it 2 ways. 1 . The first way is to slowly display each letter of the text. This can be achieved using a Coroutine with a set time in-between each letter. Ex: IEnumerator TextSlower(float time) { foreach (char ch in theText) { textBox.text += ch; // wait between each letter yield return new WaitForSeconds(time); } StopCoroutine(TextSlower(0.0f)); } 2 .  The second way is to display each word in the text. This can be achieved using a Coroutine as described above but using String.Split to create an array of words. Ex: // create an array of words strArray = theText.Split(' '); IEnumerator TextSlower(float time) { for (int i
Read more

Fade in and fade out Script for Unity 3d 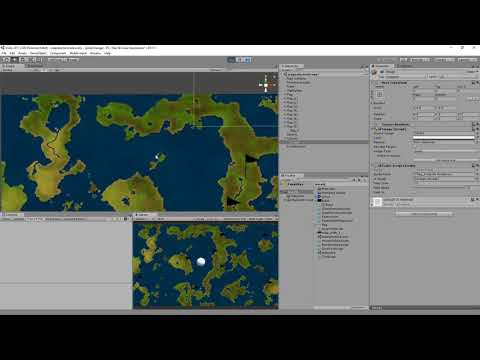 A Fader?: Is your game looking for a bit of polish? Having a simple fade transition from scenes or transition from a point in a game can make all the difference. The outcome: The Method: This uses a Coroutine to fade in/out over a specified time and using a specified amount of 'steps' for a smooth transition. This method takes a Unity UI image and adjusts the alpha until it is 0 or 100%. /// <summary> /// This is used when a Unity UI image is needed to fade /// </summary> /// <param name="image"></param> /// <param name="fadeIn"></param> /// <param name="fadeTimeSec"></param> /// <returns></returns> IEnumerator Fader(Image image, bool fadeIn, float fadeTimeSec) { // the alpha of the image cannot be set on its own so a new color needs to be created Color tempColor = image.color; // The amount when additioned or subtracti
Read more

How different data structures can be used in game coding: List, Queue, and Stack

May 24, 2017
I'm sure most game creators are familiar with an array to store data, the problem with an array is once the size is set, it becomes much more difficult to manage. There are times when you want to sort, add, or remove data. The best way to do this is using different types of Data Structures. I'm going to focus on Lists, Queues, and Stacks though there are several others. *This article assumes you have a basic understanding of  Generic types. Some sample code to learn and play around with. hopefully the comments are useful: using System.Collections; using System.Collections.Generic; using UnityEngine; public class DataStructuresScript : MonoBehaviour { string[] arrayString = new string[] { "Zero", "One", "Two", "Three", "Four", "Five", "Six", "Seven", "Eight", "Nine", "Ten" }; List<string> listString = new List<string>(); Queue<string> q
Read more